Canalside housing is a counter proposal to the Government Development Plan, using a restored canal as the centrepiece of new housing design.

Led by the 3 largest employers in the locality, the proposal aimed to change the Government Strategic Plan – a plan which proposed mass housing with no design merit and in the wrong location. 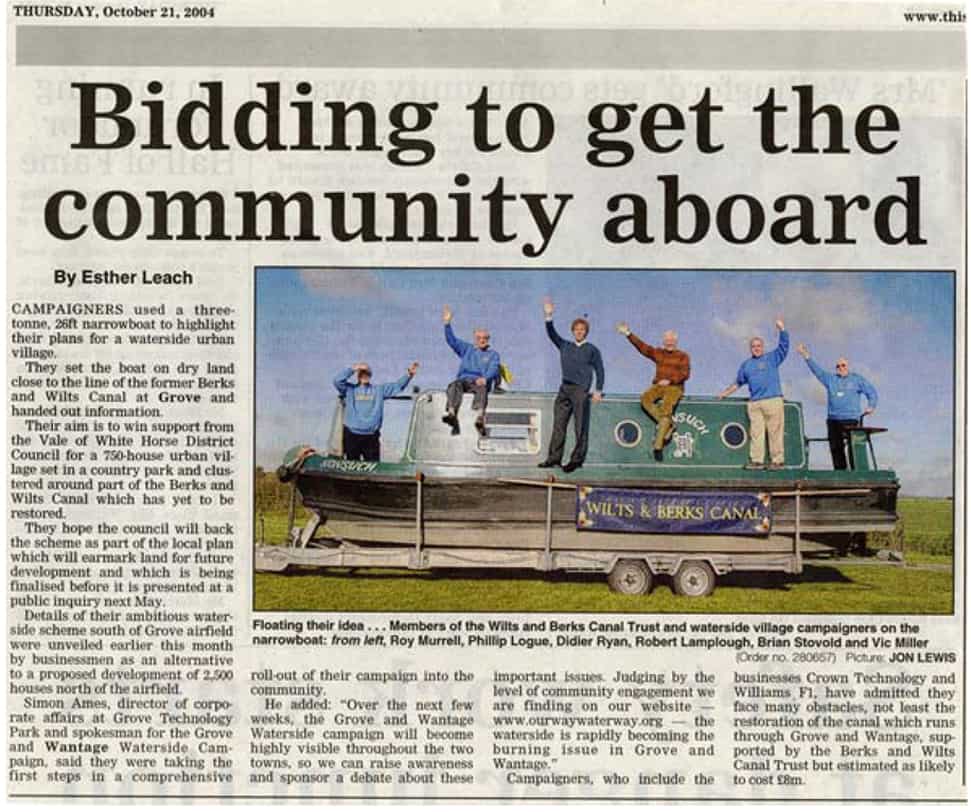 The proposal for a village of 750 houses is focused in-and-around a restored canal, integrating water and landscape within the housing layout, and includes a canal marina, waterfront shops, a leisure area, wetlands and a country park.

The scheme drew widespread community support, including the Canal Authority, Parish councils and the majority of local institutions and employers. It struck a chord with many other communities across the UK – communities facing similar scenarios whereby mass development was foisted onto residents. The project was held as an exemplar of imaginative, community-led development throughout the national press, presenting a viable alternative to faceless, mass housing.

In response to community pressure, the case was argued in front of the Government Inspector who agreed with the benefits of the proposal. The proposal successfully prevented the Government plan proceeding. 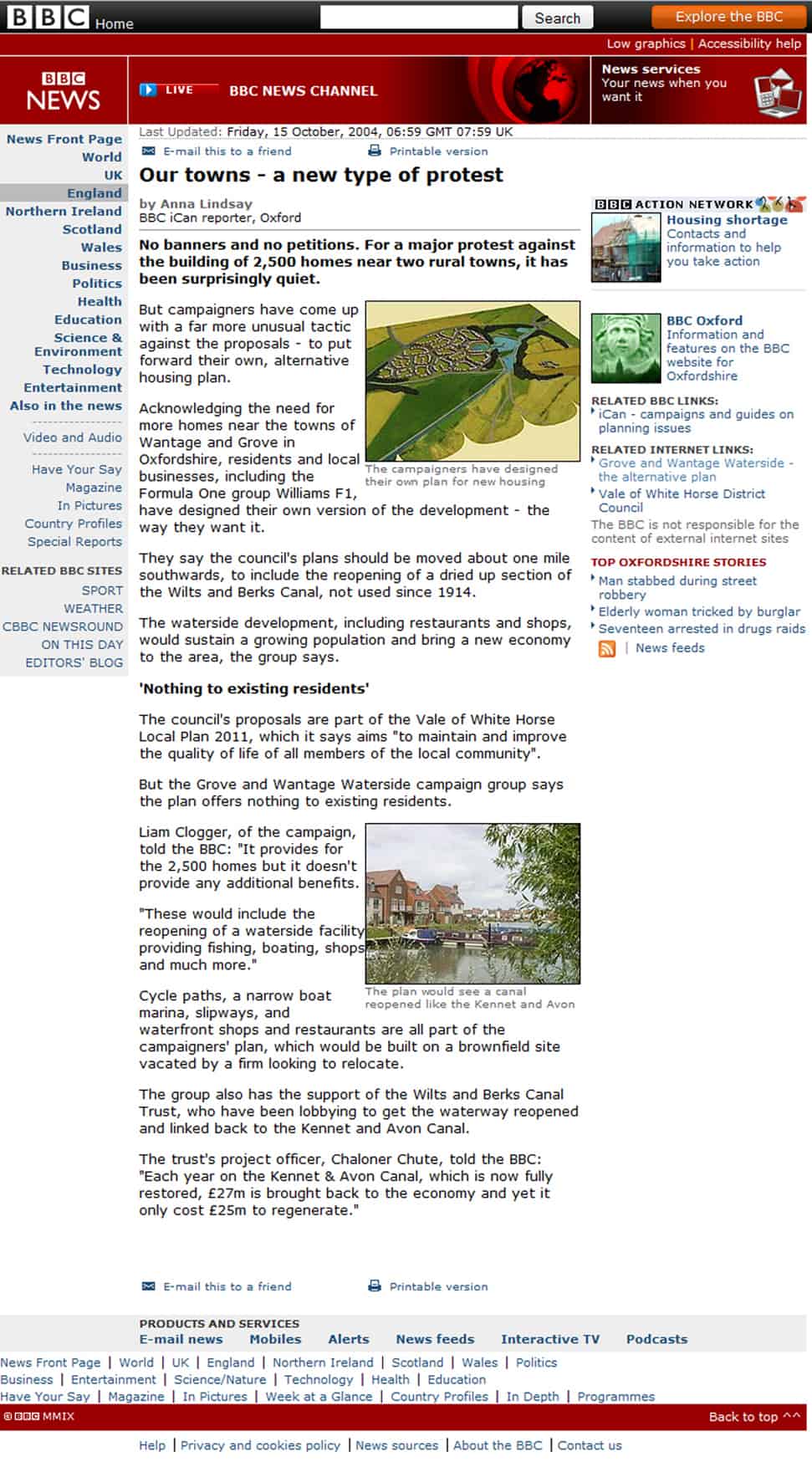 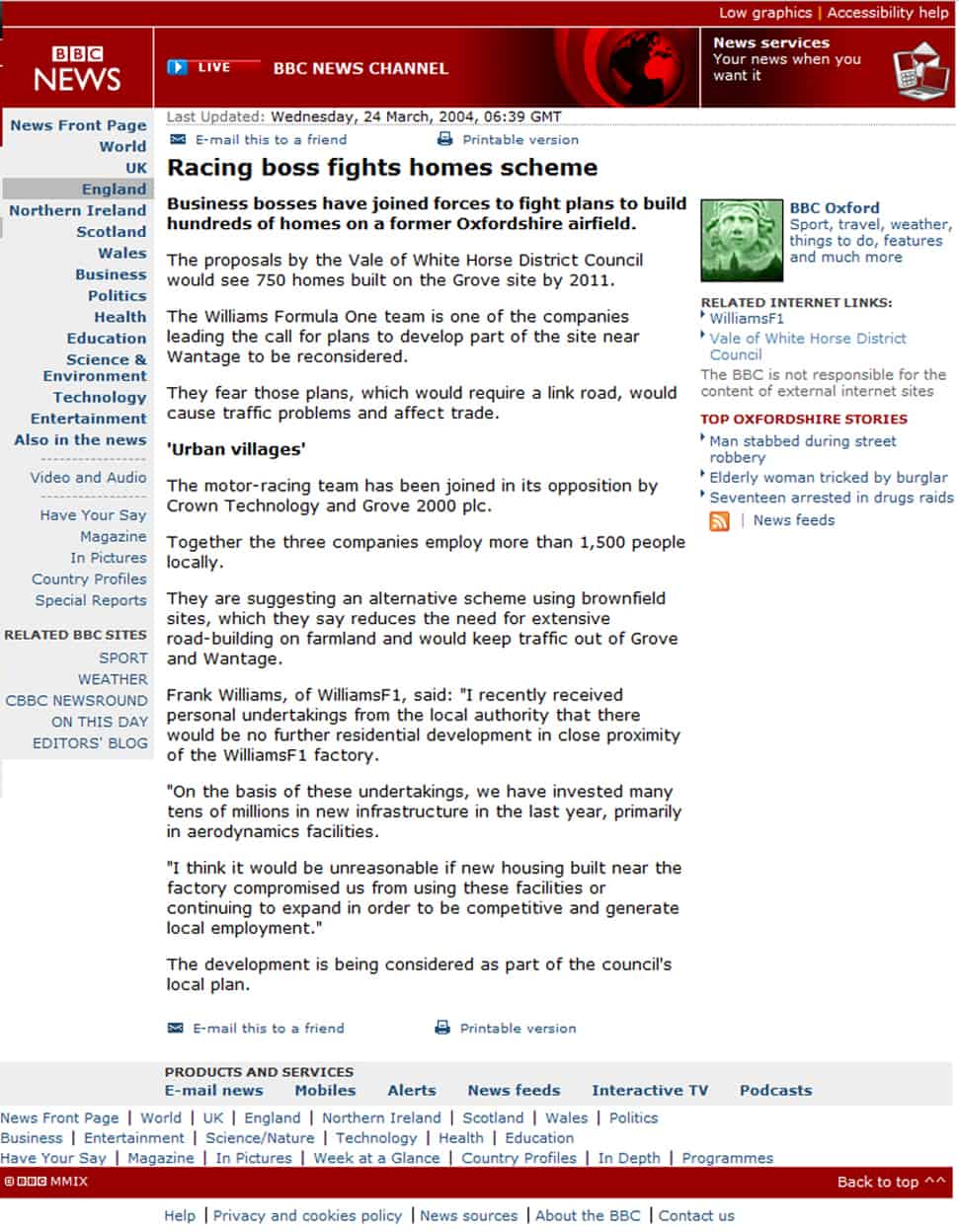