House of Four is a home for a young couple and their 2 children – although is a more than a building for four people, containing man / woman; girl / boy; husband / wife; mother / father; son / daughter; sister / brother, and everything between. 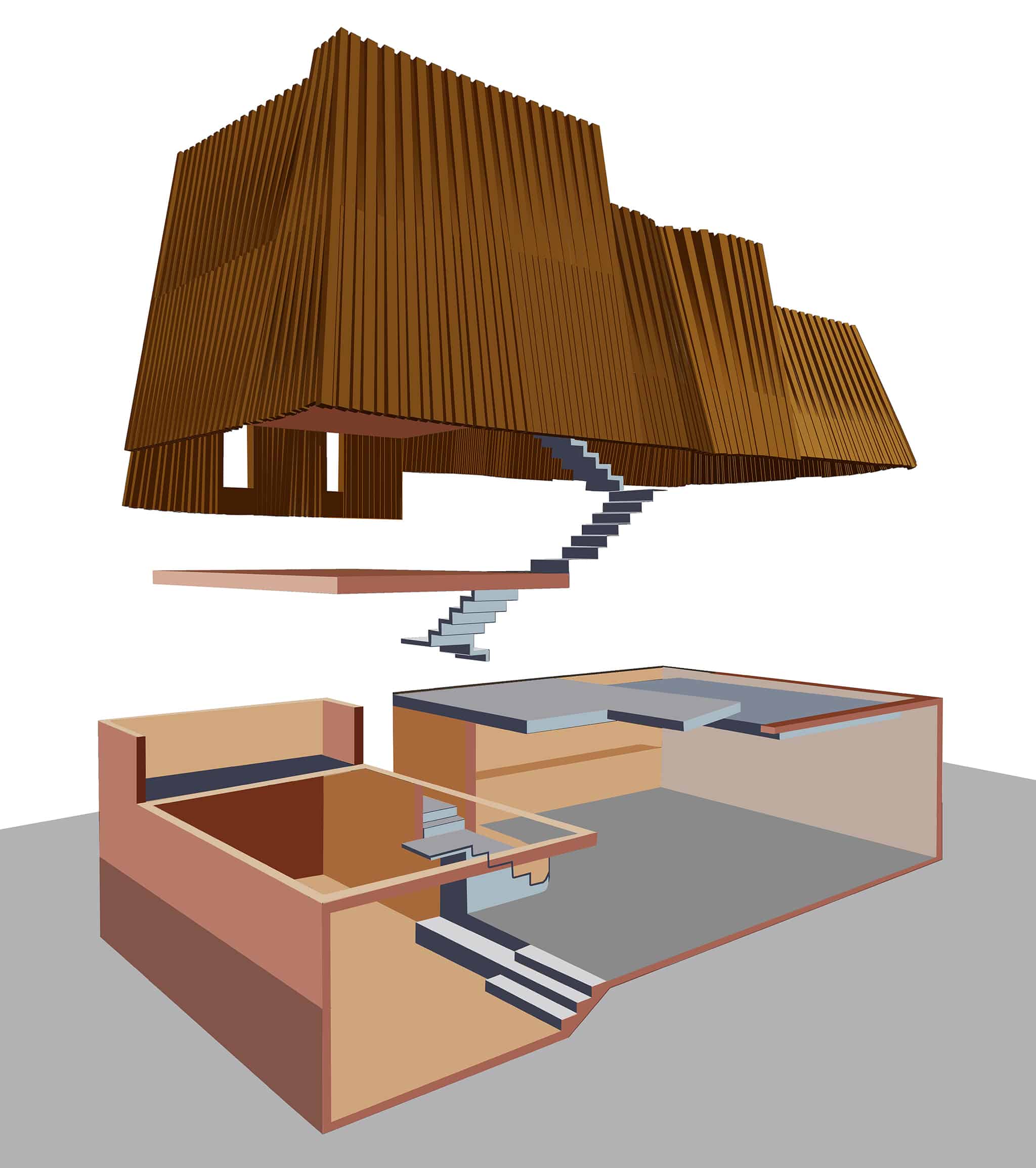 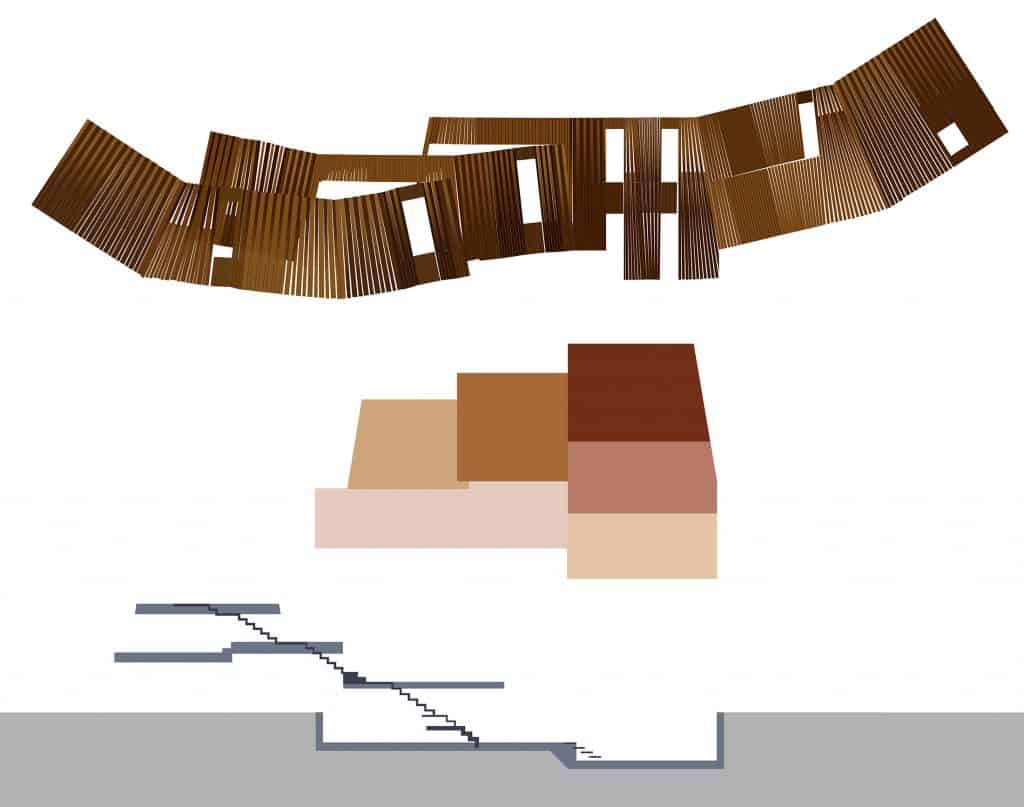 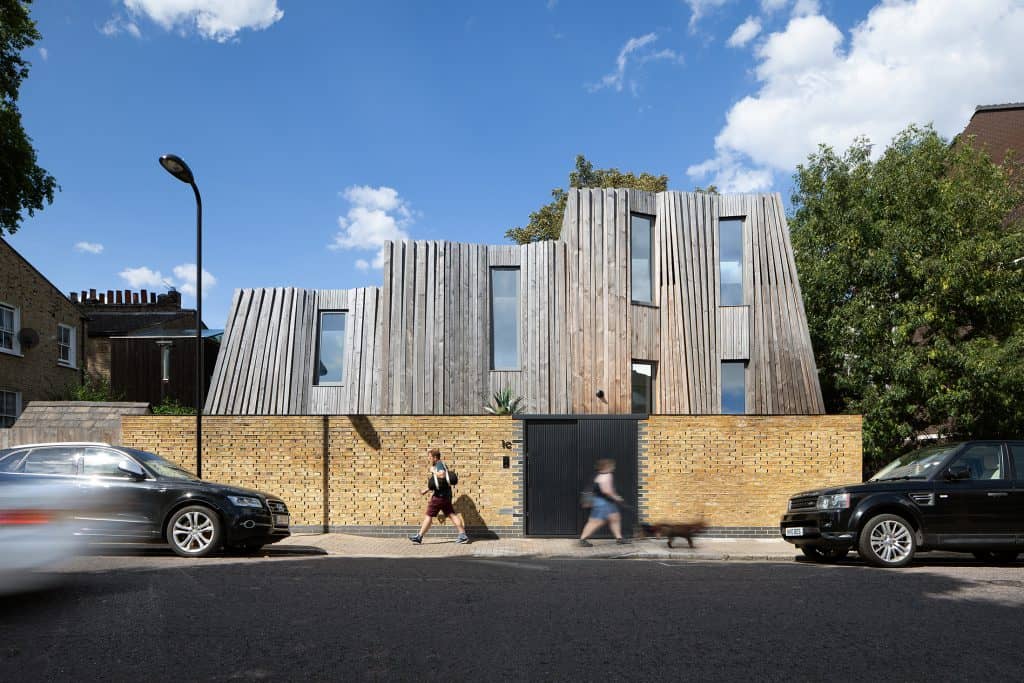 The building enlivens these family relationships with a diverse layering of spaces, volumes, roofs and floor plates, counteracting the constraints of a compressed urban site.

The house is overlooked from all sides and above, and is excavated and chamfered to fit tightly between neighbours.

At ground level, this consists of a brick podium sunken to the height of adjoining garden walls, containing living and entertaining areas, a kitchen and courtyard.

Over the podium, 3 stepped bedroom volumes appear nested one-from-the-other, disguising the size of the building and enabling an additional mezzanine level to be squeezed in, despite height controls.

Split level, open plan interiors amplify the site’s tiny footprint, so the house can be perceived as both a single space and as a collection of individual volumes. Family members find unity as well as their sense of self.

The building has a civic presence that addresses the neighbourhood, and a garden quality connected with surrounding greenery. Its handcrafted qualities express the Clients’ own design backgrounds, combining motifs of embroidery and pleating, with carpentry and woodsmanship.

House of Four is several homes in one, supporting 4 family members in their inter-and-independent lives. 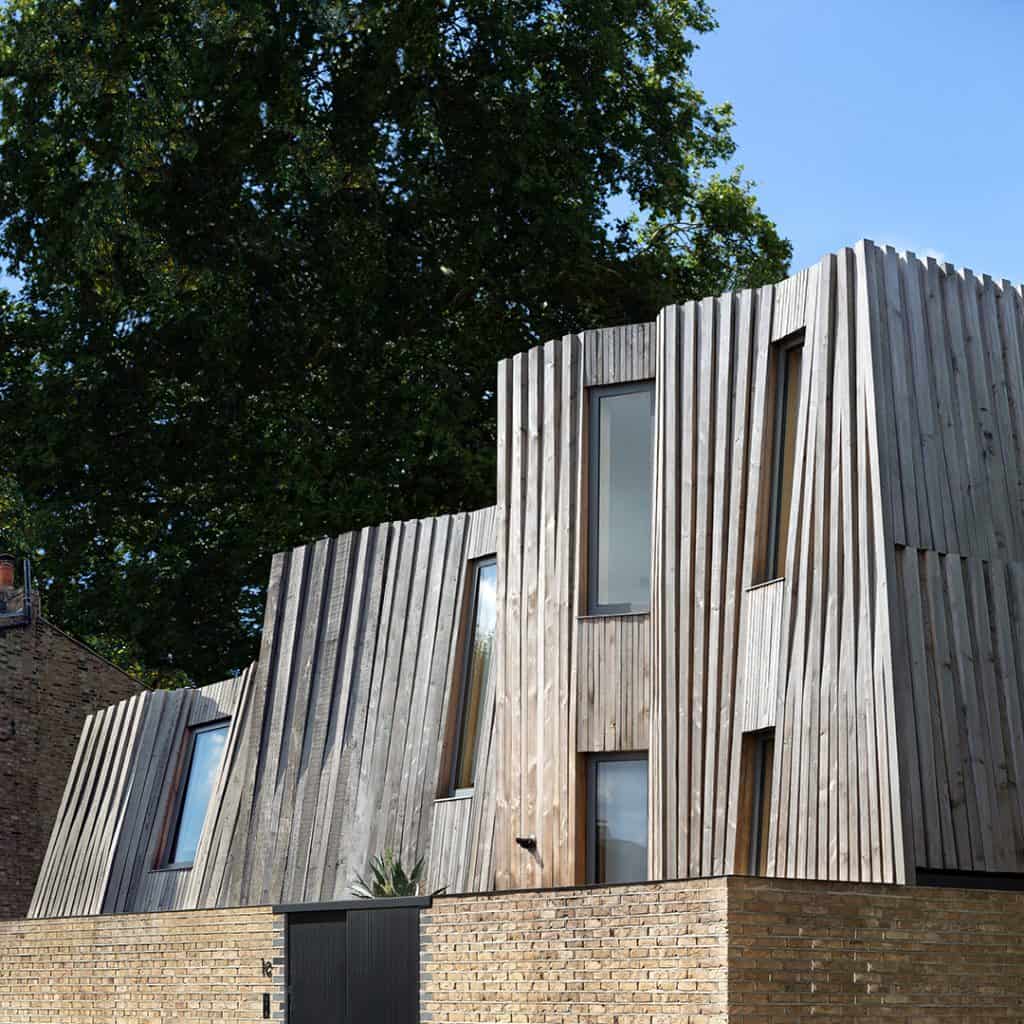 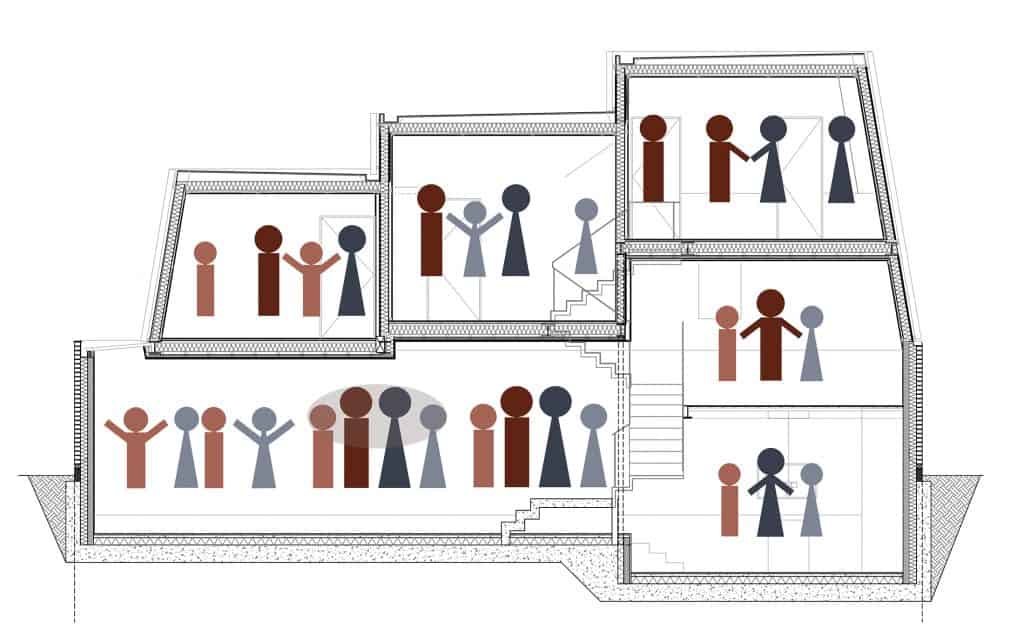 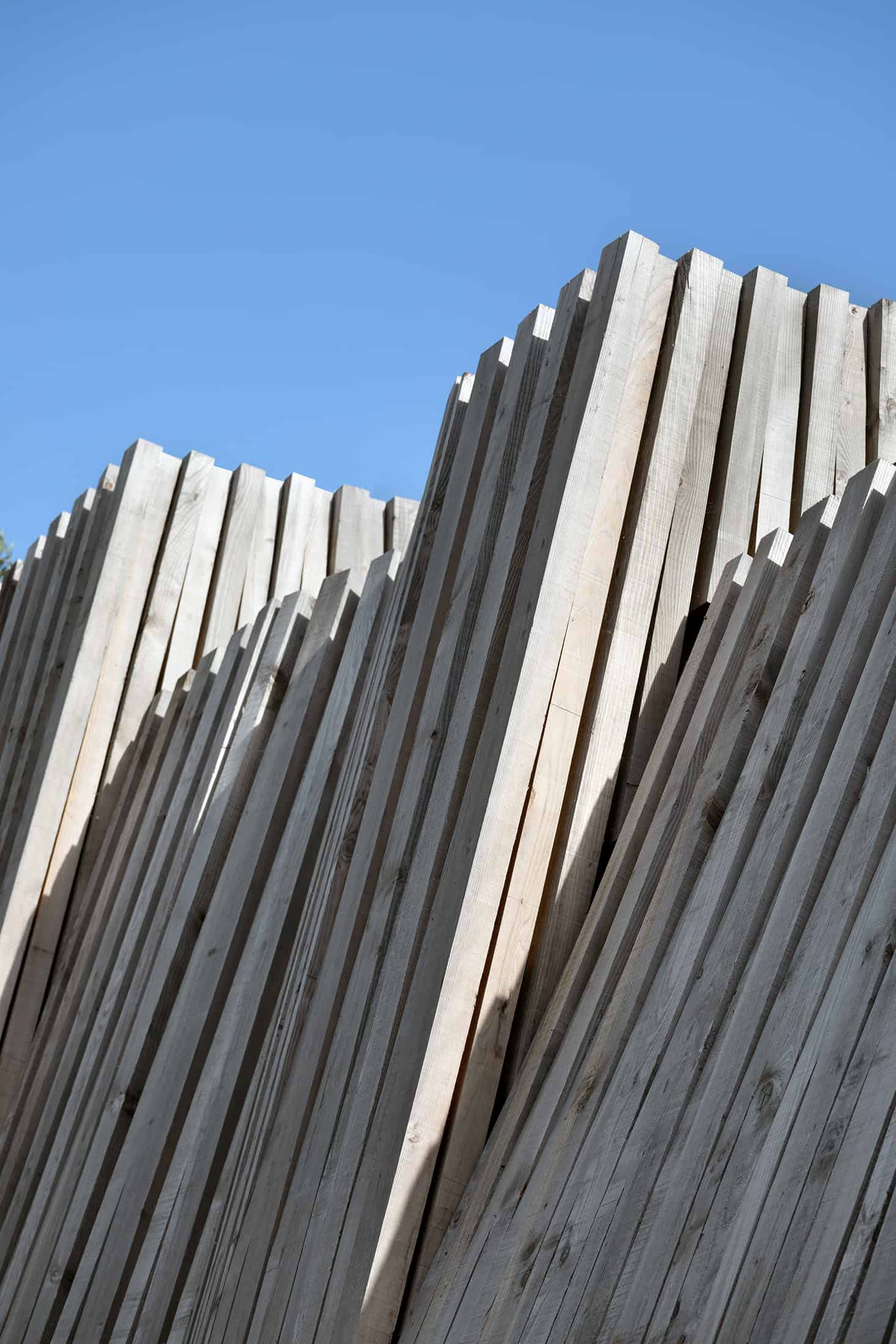 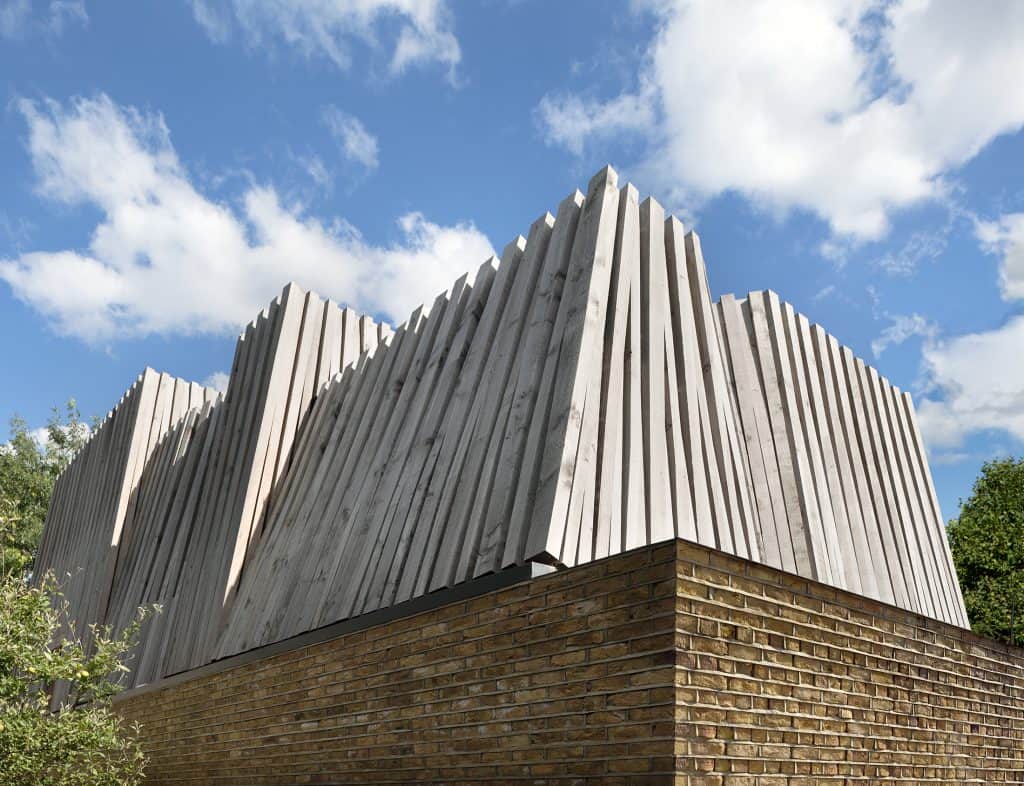 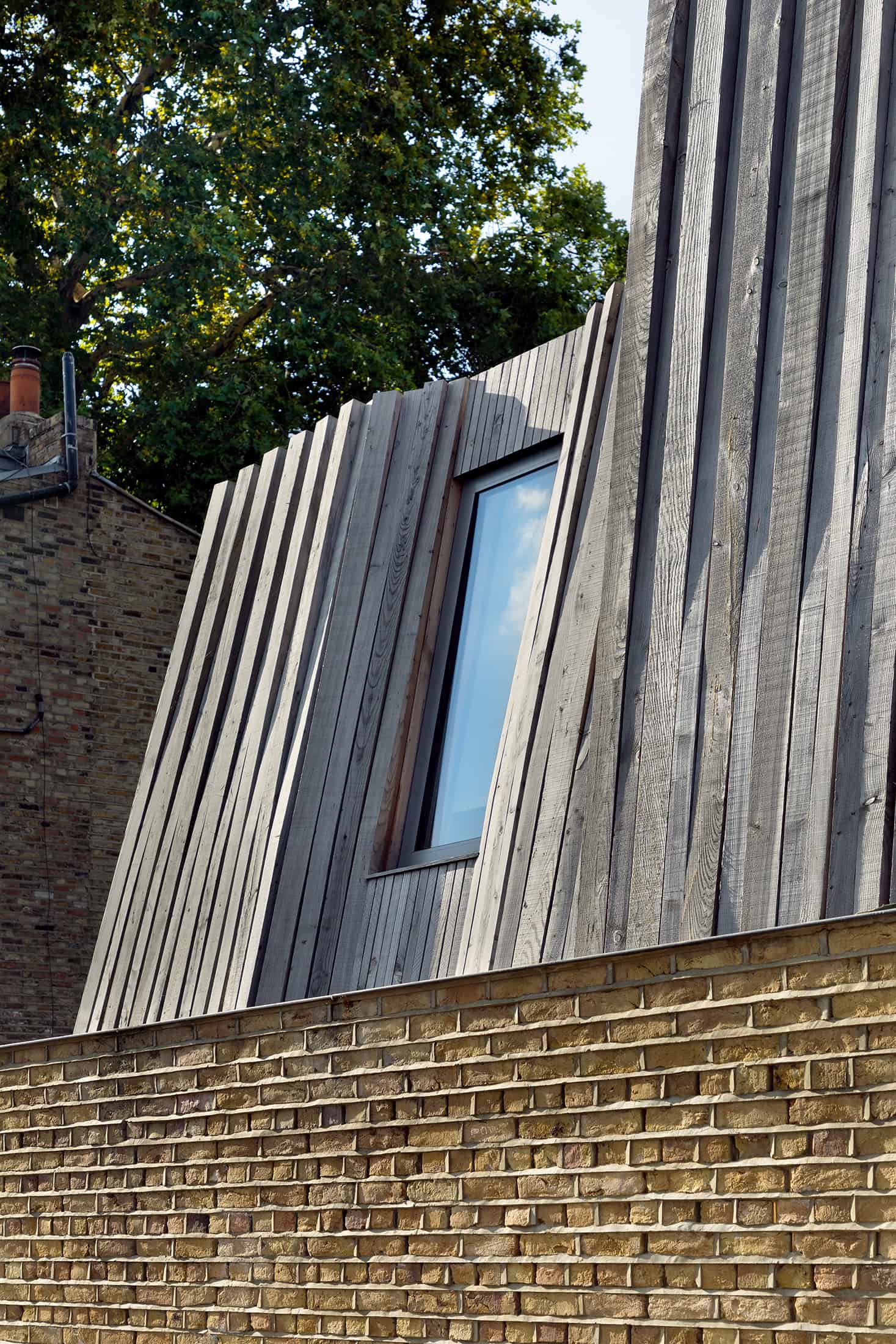 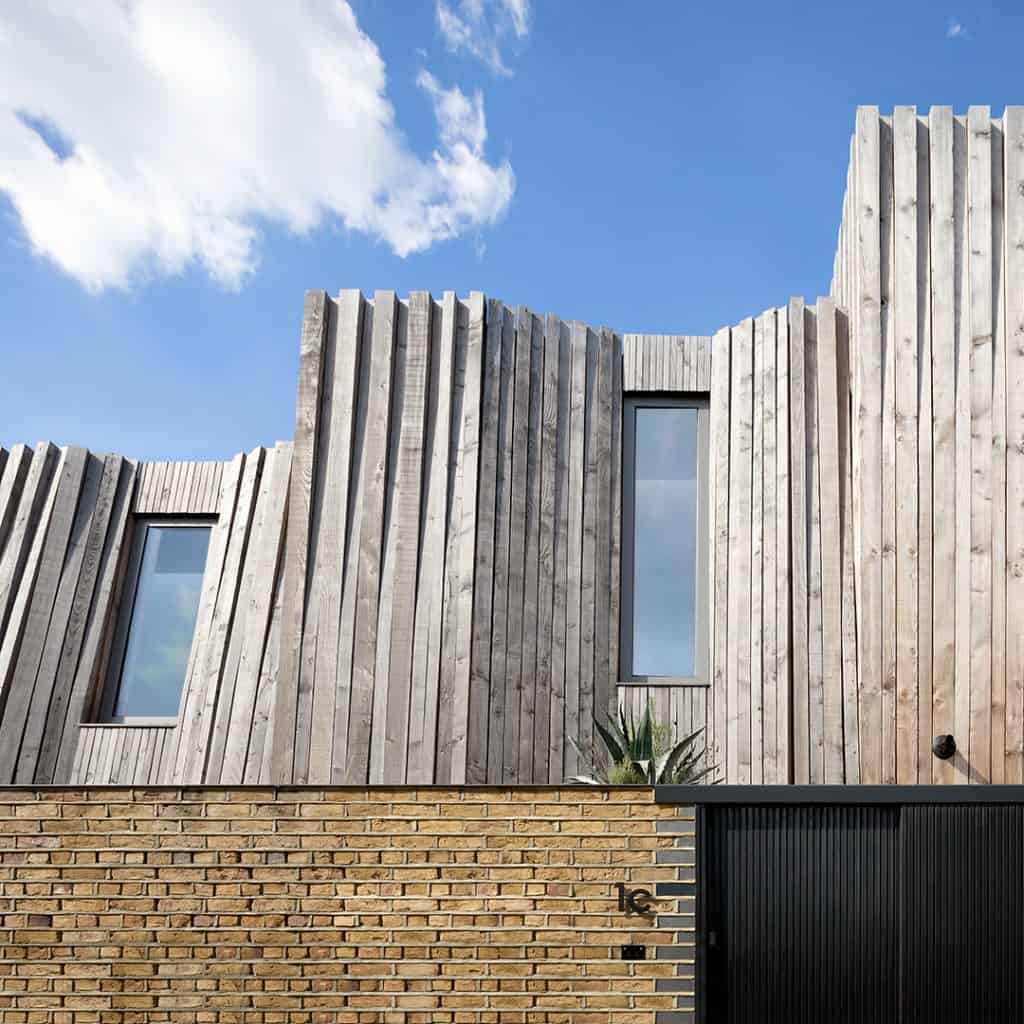 … Let there be spaces in your togetherness,
And let the winds of the heavens dance between you.
Love one another but make not a bond of love:
Let it rather be a moving sea between the shores of your souls.
Fill each other’s cup but drink not from one cup.
Give one another of your bread but eat not from the same loaf.
Sing and dance together and be joyous, but let each one of you be alone,
Even as the strings of a lute are alone though they quiver with the same music.
Give your hearts, but not into each other’s keeping.
For only the hand of Life can contain your hearts.
And stand together, yet not too near together:
For the pillars of the temple stand apart,
And the oak tree and the cypress grow not in each other’s shadow. 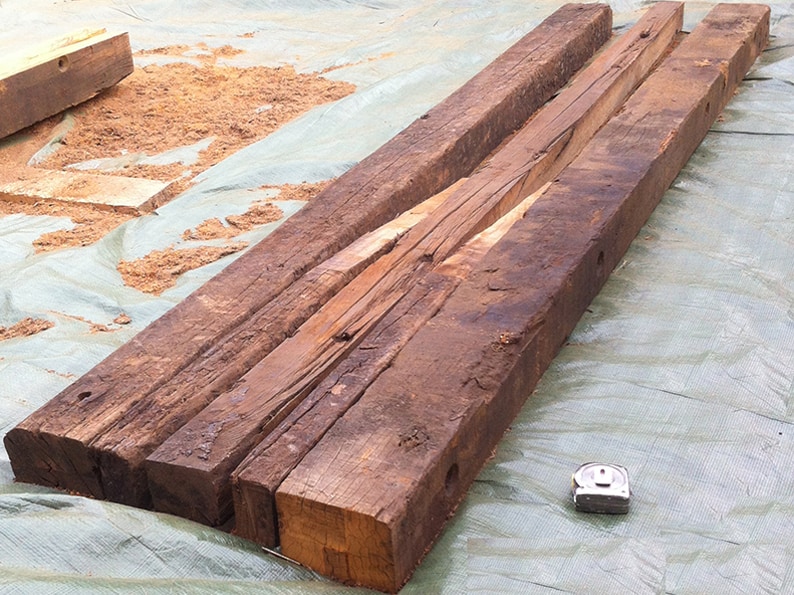 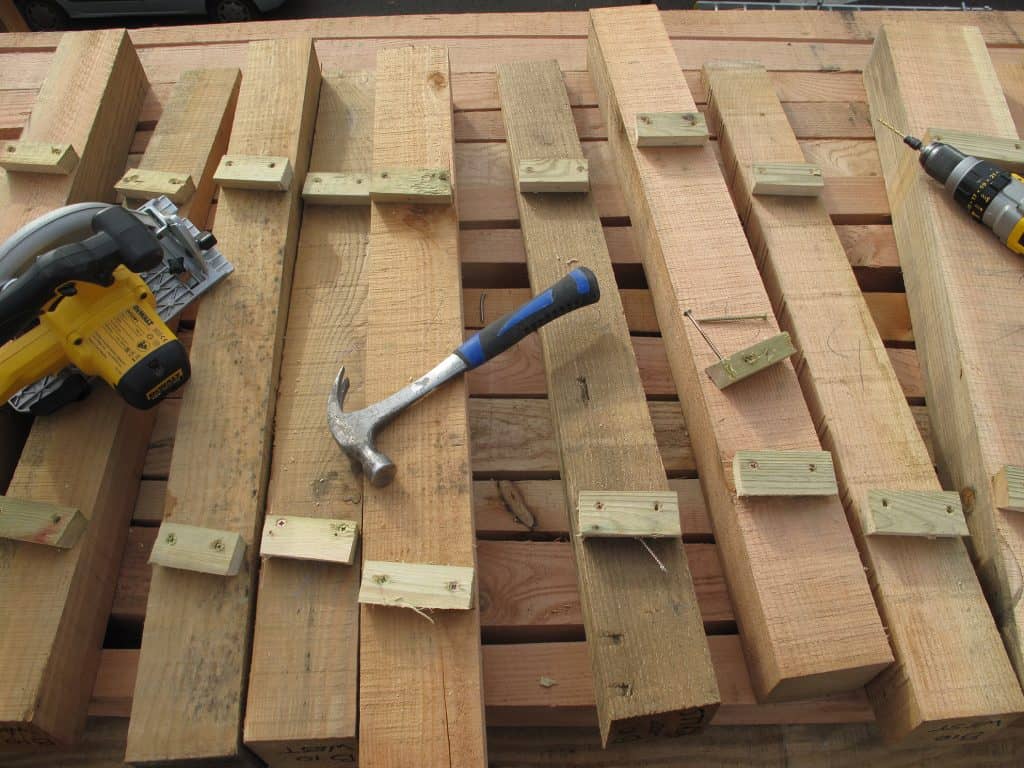